Things to Know About BiDi Transceiver

The demand for bigger capacity, higher bandwidth, and more accurate results will never slack in each and every data center and IT facilities. Meanwhile, your applications and competitive benefits are progressively relying on it. Which may explain why migrating from 10G to 40G has become a common and essential choice for many service carriers today. This post will shortly present the BiDi transceiver, which offers a cost-effective and viable alternative for bringing rates of 40-Gbps to the access layer.

What Can BiDi Transceiver Achieve

40G QSFP BiDi transceiver has two 20G channels each broadcast and obtained independently over a single MMF strand (OM3 or OM4) on two wavelengths. It enables the existing 10G cabling system to be repurposed for 40G connectivity. Which means that you can bring 40G speeds to the access layer using the same 10G cable unit you are using today. In comparison, the overall QSFP SR4 transceiver like Cisco QSFP-40G-SR4 requires new patch cables and patch panels as the attachment forms vary and the cable trunk size needs to be quadrupled.

The QSFP-40G-SR-BD transceiver transmits 40G full-duplex traffic over an OM3 or OM4 MMF dual-fiber LC connector cable It can reuse 10G fiber systems This means that data center operators can upgrade to 40 G connectivity without making any changes to the previous 10G fiber cable installation. It's a huge price saving, whether you're upgrading your present data center or constructing a new one. And that means you can start taking advantage of 40G performance for your business right now.

BiDi transceiver works as an optimal and viable alternative in circumstances where only restricted fibers or conductive space are available And the implementation of BiDi transceivers effectively enhances the bandwidth capacity of the current optical fiber infrastructure and helps to attain the optical network's economic and efficient performance. 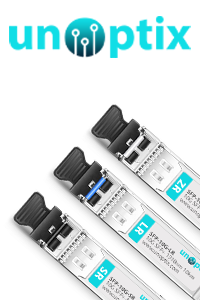